I started this project because I wanted to celebrate creative women, and I feel so blessed that I have yet to look far to find them. I have been so lucky in finding an amazing group of creative women to call my best friends. A special bond is formed when you are each other’s creative escapes throughout girlhood and Kylie Mosbacher is one of those people with whom I have that bond. She is always dabbling in something new, always stoked to tell me about her latest project. I so admire her curious and excitable spirit. After drawing hilarious comics all through our middle and high schools years, Kylie is currently working on an educational children’s book, all while continuing her research in Environmental Studies. I’m so excited to share our conversation about her work, inspirations, and passions; along with some photos featuring her illustrations. 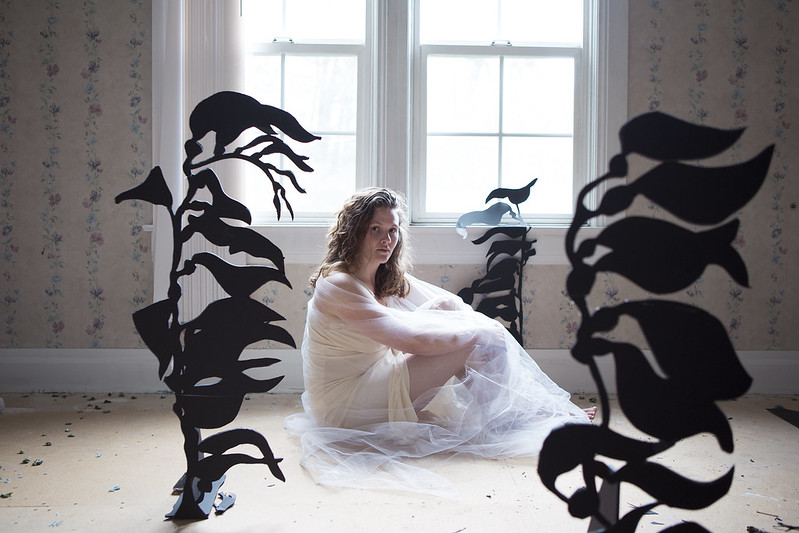 SG: Kylie, thank you so much for talking to me today! I just looked at my stash of comics that you drew for me throughout middle school and high school. I counted a total of 91 comics. It was way too fun to go back through them–they were mostly illustrations of our teenage woes regarding boys and school, but your talent for expressing personalities and humor through illustration was so apparent, even then. I think our comics to each other helped us sort through our insecurities and frustrations as teenage girls in ways that nothing else could. To start, can you tell me about your your personal history with art? How did you begin drawing and when did you realize it was something that helped you express yourself? 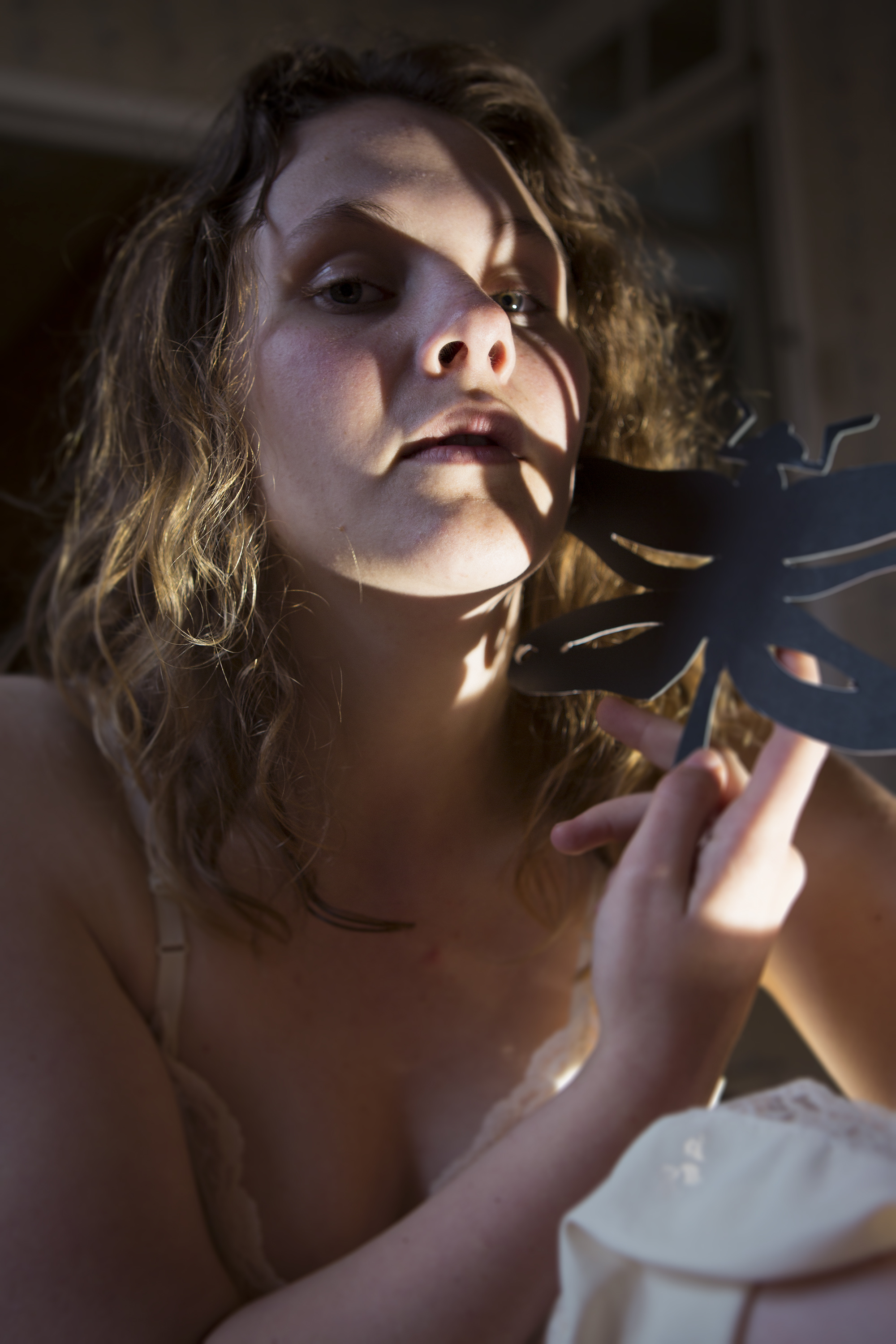 KM: Thanks for having me! Since we’re
speaking of high school, I’m so happy to see how far we’ve come since then, and I can’t wait to see where we head next. I also love that we’ve really matured into our passions- I’m absolutely thrilled to be taking part in your website! Art, specifically illustration, has been kind of omnipresent throughout my life. My dad put a Crayola marker in my hand when I was around one year old and I haven’t stopped scribbling since. I think the first thing I ever drew was an extremely fat blue horse. That, or a family of flowers with faces. I was an atrocious student throughout elementary school and middle school because all I wanted to do was make stories and draw, and I got in trouble constantly for straying too far from whatever prompt we were given for assignments.

Any narrative about my relationship and history with art is going to heavily involve my relationship with myself and others. I think identity, mental health, and art can sometimes be deeply interrelated, and that’s certainly been my experience. For as long as I can remember I’ve had social anxiety. Imagination, storytelling, and illustration helped me parse apart all of the confusing, conflicting emotions that accompany that kind of anxiety. I wrote and illustrated stories and comics about classmates I barely interacted with and fabricated an alternate reality that I felt more secure in. I think drawing has always functioned equally as therapy and as a social lubricant for me. My doodles were simultaneously my icebreakers, my friend-makers, my retreats, and my lenses for making sense of my life. I’d take my sketchpads with me everywhere so I could always have that “out” if I got nervous, and have an “in” if I couldn’t figure out how to approach people and befriend them. 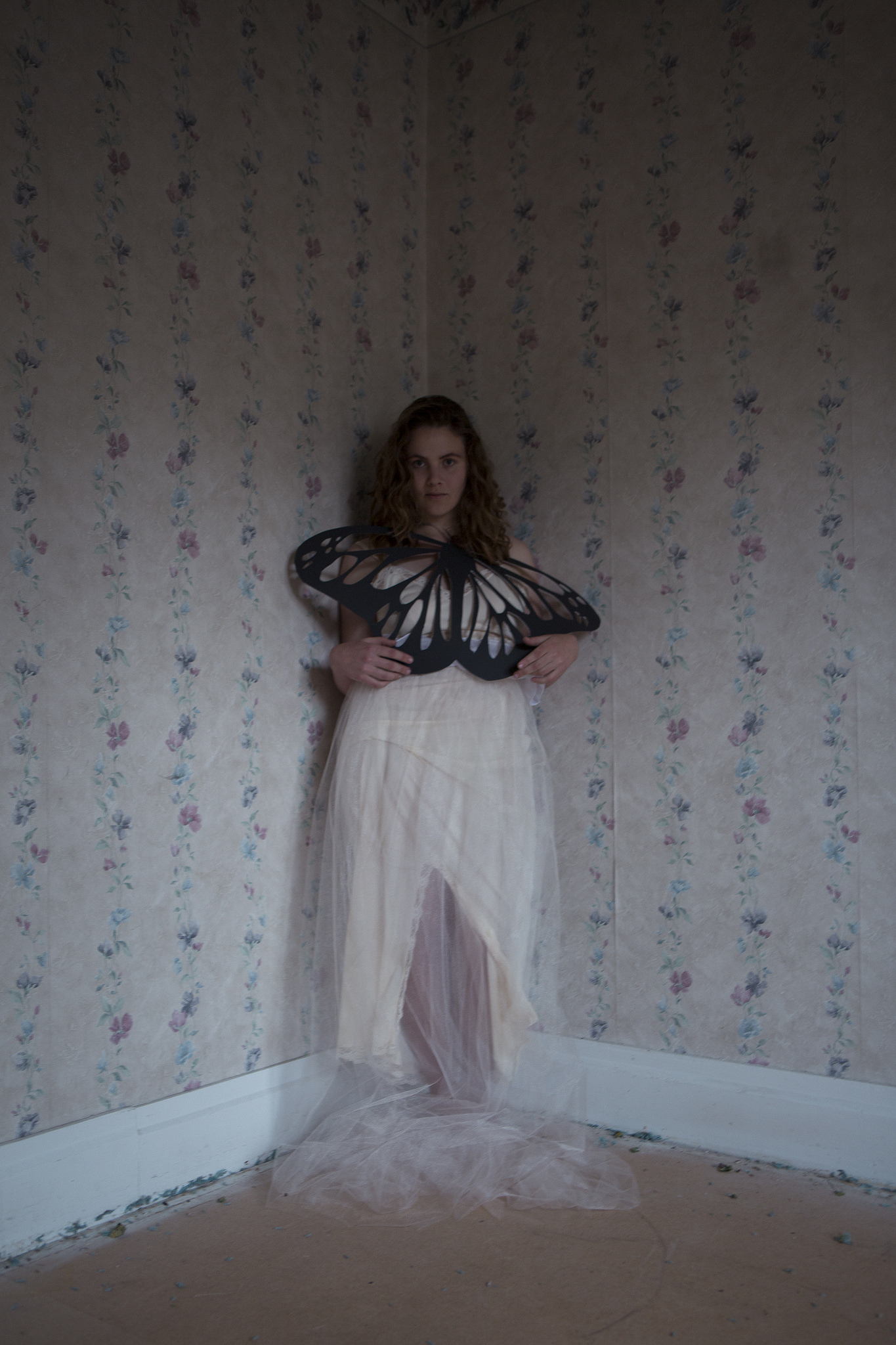 I can absolutely see how art would help you work through your anxiety and, speaking from my own experience, I think your work helped others do the same. So after high school, did your relationship with art change at all? You have always found ways to weave your creative work in with your academic work. You seem to really define yourself by the work you do in both fields. Tell me about your academic interests and how you balanced them with your creative ones. 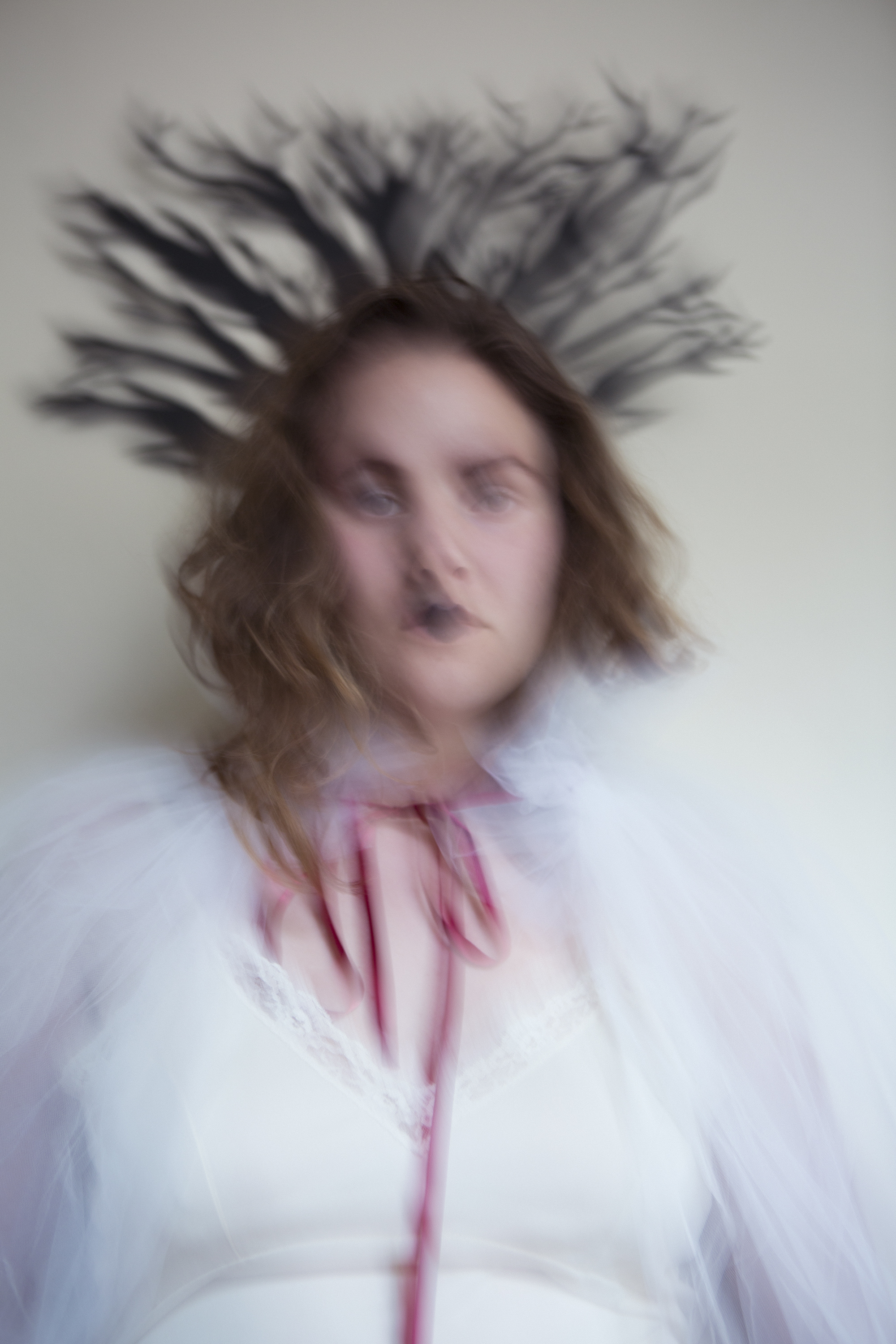 I read The Devil’s Teeth by Susan Casey spring of junior year, which is about great white shark conservation in the Farallon Islands. I became obsessed with sharks, and the environment more broadly. I enrolled in AP Environmental Science, and for the first time in my life gave a damn about being in school, haha. The more I learned about the environment and animal welfare the more passionate I became, and I got swept up in this almost evangelical fervor and realized that my art could actually help accomplish something on a potentially large scale. Shortly after, a few friends and I resolved to organize and create pieces for a fundrasier benefiting a sanctuary in Florida called Big Cat Rescue. We only pulled in around $600, but the experience itself was addictively empowering. I’d been accepted to the Wildlife Conservation Biology program at Humboldt State University and after combining my two passions during the fundraiser, I knew I’d be able to use my art to further my conservation goals in college.

I stayed in Wildlife Conservation for about two and a half years before switching to Environmental Studies, an interdisciplinary degree housed mostly in the humanities. Environmental Studies helped me critically evaluate myself and my relationship with various environmentalisms, and I’ve since revised most of my concepts so that they are more deliberate, measured, and thoughtfully researched. I took the things I was learning in those courses and combined them with other research I did on my own. It was pretty self-directed and I was able to infuse my own work with things I was learning from various blogs that discussed female representation in video games and comic books (like Feminist Frequency, Bikini Armor Battle Damage, and Boobs Don’t Work That Way). Since I am interested in character design, I examined the way women were represented in various media and once I viewed environmentalism through a similar lens, it was easy to see different environmentalisms as characters that were also underrepresented. Again, once I gained a deeper understanding of what I want to communicate, I began to see my art as a vehicle to make those messages more palatable. I’d also like to emphasize that most stories aren’t mine to tell, however, and calling attention to and situating my work within my positionality as a white female author is an important part of the process. 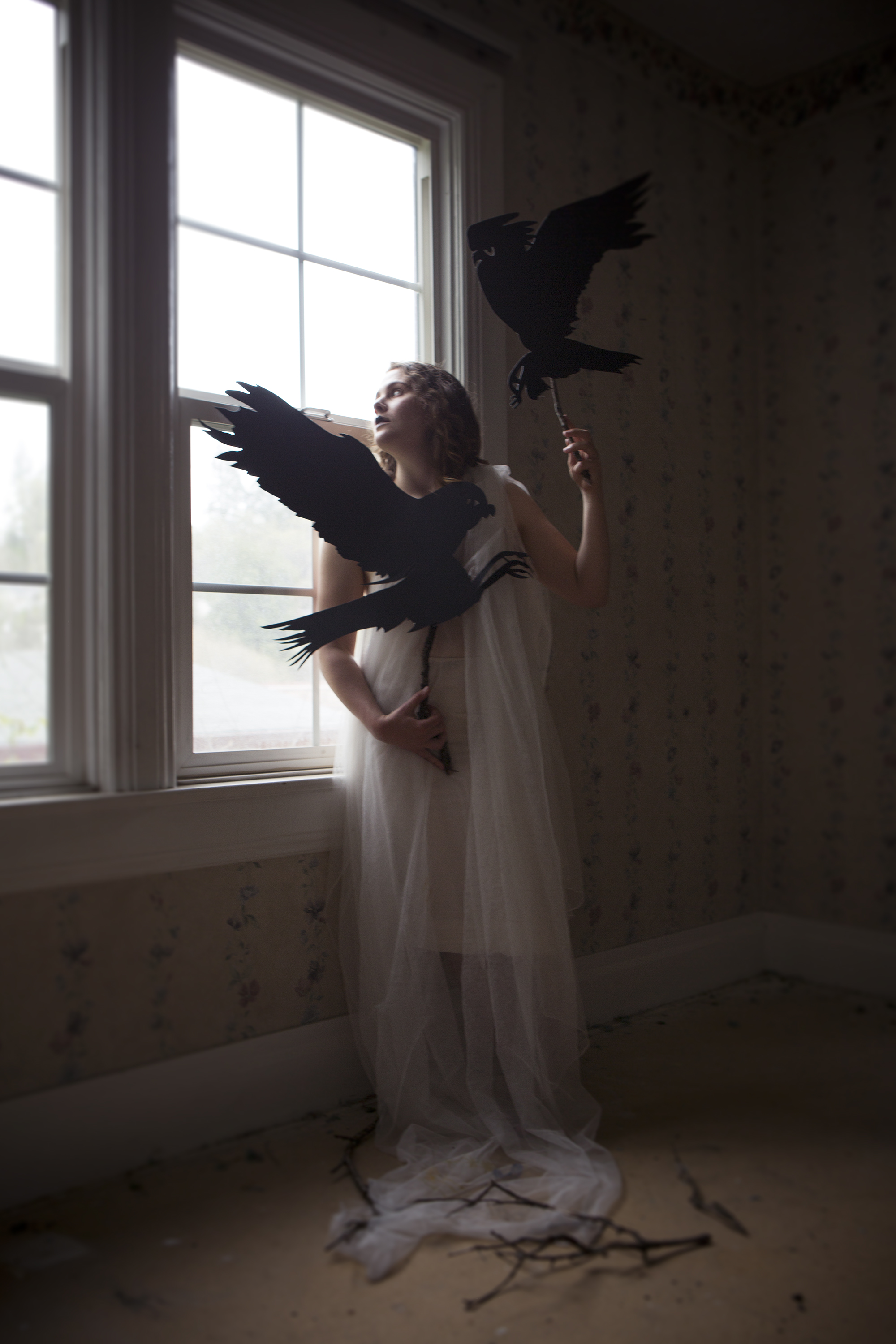 It seems like your relationship with environmentalism was the thing that had been missing in your identity, and once you found it you wanted to express it through your work. I’m so excited to talk about your illustration work. How did writing and illustrating children’s books become a reality? Did it just seem like a natural step given your talents and interests?

It really did. Writing and illustrating books about animals is something I’ve done since elementary school, so once I realized I wanted to construct specific narratives it clicked. I decided the summer before college that authorship was a dream that wouldn’t die, and since then I’ve gone bonkers researching what’s currently available. There’s such an immense body of work coming before me, and I want to make sure what I bring to the table dovetails, deconstructs, and builds on what’s already established in the environmental canon. Humboldt County is a very wildlife-oriented place and there was no shortage of inspiration; most of the books I have in progress feature species and stories local to the area! In college I found abundant support from faculty, peers, and the administration itself, enough so that I actually now have my first children’s book in production, due for publication through HSU Press winter of 2017! 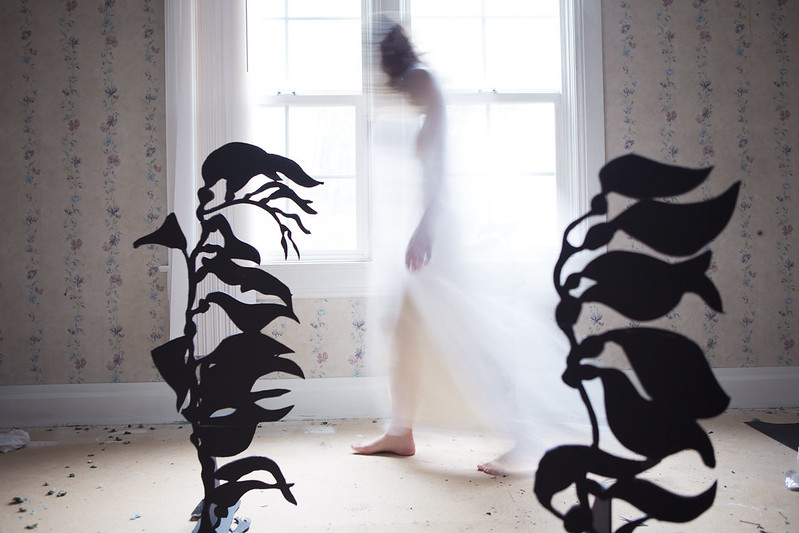 Yay! That’s so exciting! What is the story about

Without giving too much away, this book is sort of the “pilot episode” for a series on wildlife of conservation interest in the Pacific Northwest. Its titular characters are a corgi named Sammich and a pug named Rumples, and they go around interviewing threatened species and communing with ghosts to learn about themselves, their society, and their environment.

You’ve been trying out photography recently, as well. How did you get started with that, and what do you look to for inspiration?

Photography is something I’ve wanted to do since I was about twelve, but I definitely didn’t have the confidence to pursue it for most of my youth. Around Junior year in college I realized I’d waited long enough, so I bought my first camera and started fiddling around. As far as inspiration goes, the resources you’ve shared with me are definitely guiding forces; I love Alexander McQueen and Tim Walker because how can you not? I love using scrap materials for props, and insects and marine animals are also pretty influential.

What inspires you to make art in general? Does it always come naturally, or (especially since you have a very exciting contract with HSU) is it harder to make yourself work some days?

There are a lot of things that go into my art. Initially I did it because it made me and others happy, and it helped me make material the things that were too convoluted in my head or heart. This is a rather unromantic answer but it almost has to with momentum. I do it because I’ve always done it and I get upset if I don’t. I think anyone who has a passion just has to do it. It feels like I’m starving if I don’t make art. But yeah, as you suggested, the moment it becomes a job, or when there are certain stakes attached to it, art can feel more frightening. I try to combat that by feasting on other people’s work and it gets me excited again. When I’m drained from trying to think visually, music appeals to different senses and it helps me refuel. Gaining inspiration from music is a more involuntary process, as I’m not focusing so hard on improving myself when listening to it. The music that’s most fun to listen to is the stuff you can see visuals to. Florence and the Machine is my favorite artist because there’s a feral quality to her work I really identify with. She communicates raw, primal emotions like lust, fear, and hunger, which is a perfect place to start when I feel depleted. There’s honesty in those emotions and it feels like she’s creating only for herself, like her songs are a personal exorcism or catharsis, and I want to get to a place where I’m doing the same. Her unbridled voice is something I would love to translate visually. 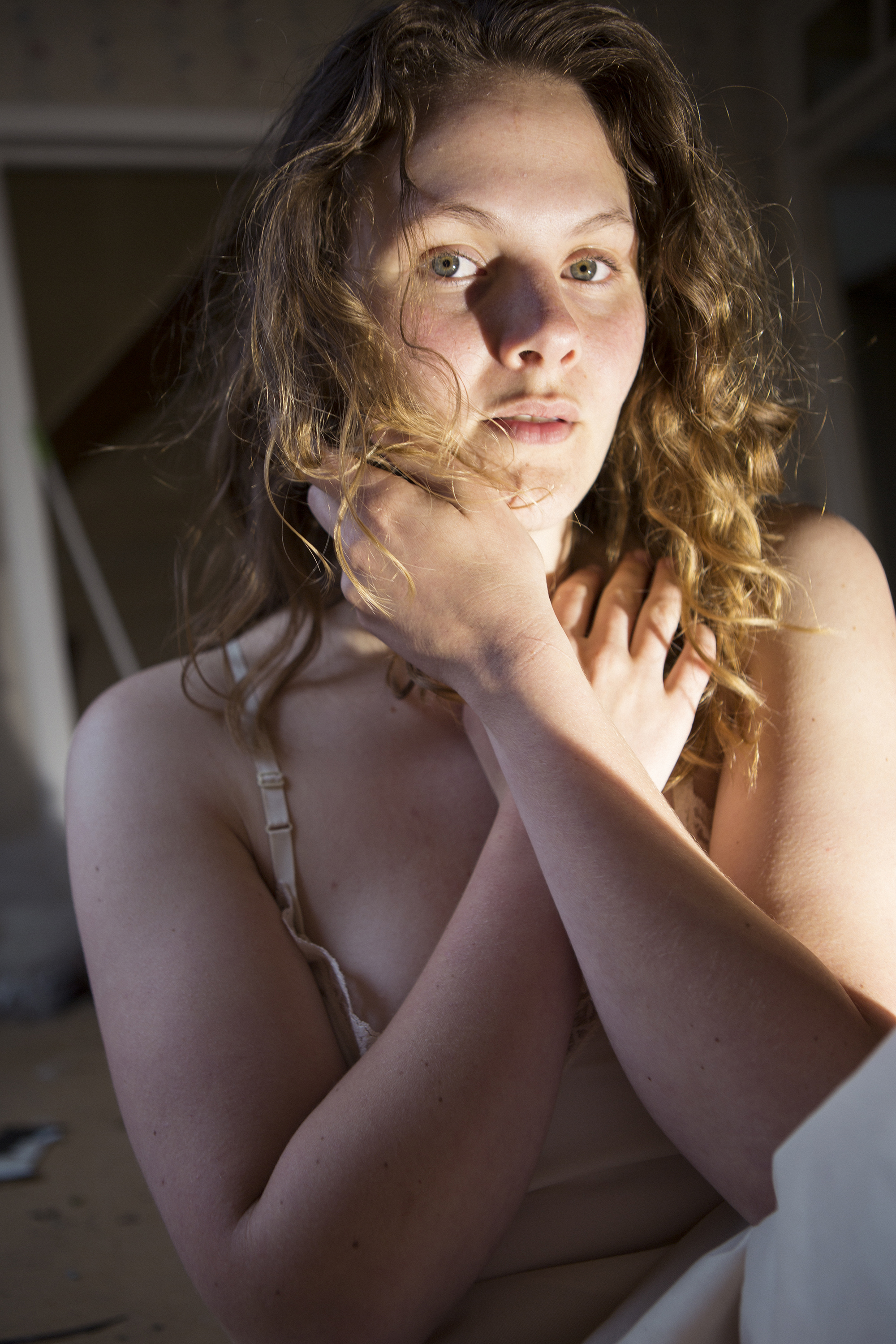 Totally, Florence is one of my hugest inspirations as well, and I can definitely see her influence on your photographic work especially. Okay, last question: what is the best thing you have read, heard, or learned lately?

Haha, honestly, the best show I’ve enjoyed recently was From the New World a post-dystopian anime about a telekinetic society where childhood is very de-constructed. It’s about the lies adults tell children to keep them safe. It is audience manipulation and existential storytelling at it’s finest. I was floored! It starts you off thinking that you know what it is and each episode it subverts that expectation immediately with totally un-campy and bone-deep plot twists. I would love to be able to strike the same chords in my own work.

Kylie, thank you so much for being a part of my little website! I can’t wait to see what you do next.

Thank you so much for having me!

The Women in Windows