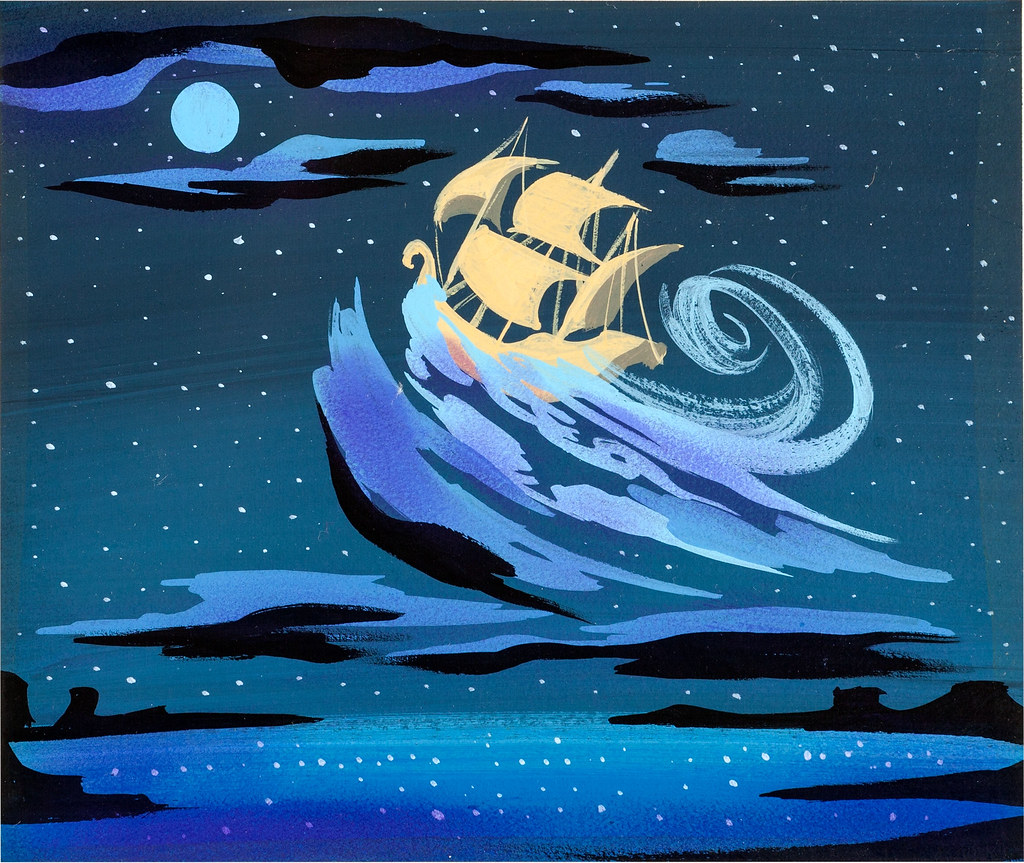 This morning I decided to stay in bed and watch Disney’s Peter Pan. Peter Pan has been a favorite of mine since I was tiny–I remember my dad lifting me up and flying me around while we would watch it. But watching it today, I had a bit of a revelation. This movie is RACIST. I mean, I always knew that and would

never deny it when others pointed it out. But I would often make excuses about it, saying “Ah well, it was the 50’s so what can you do.” I think that sentiment changed today when I realized just how much I had previously overlooked, and perhaps a small part of my soul is dying while I come to terms with the fact that I can never again make excuses for this film. However, I started to ponder what drew me to the film in the first place. I’ve always loved fantasy, so Neverland is naturally a favorite. I’ve read the classic novel several times and the 2003 live-action film was a huge part of my tween years. But what is it about the Disney film that I had so desperately wanted to love? Today I grasped something new–I’m in love with the opening scene. London, the flight to Neverland and the first glances of the island as the children explore the forest and mermaid coves. What I love about this film is its design. And who do we have to thank for that? Mary Blair.

Ms. Mary Blair has been a hero of mine for a while. She forged her own path into the boy’s club at Walt Disney Studios in the 1940’s and truly shaped Disney’s post-WWII image. She is best known for her animation work in Peter Pan, Alice in Wonderland, and Cinderella; as well as for designing it’s a small world at Disneyland. She is credited with bringing Walt Disney Studios into the modernist era with her bold use of color–Marc Davis, a fellow animator, compared her to Henri Matisse. (x) She used vivid colors and paired them in ways that other animators would never think to do. While Disney’s earlier films like Snow White and Pinocchio are characterized by a visual r ealism that makes feel so warm and homey, the projects that Mary Blair worked on are more fantastical in style. She used bold shapes and an abstract painting style, especially apparent in her concept art. Certainly, projects like Alice in Wonderland bring this style to the screen. Still, her unique vision helped bring a new kind of emotion to Disney films. She was able to stir empathy in the viewer and I would argue that the films she worked on introduced more complex emotions to the Disney repertoire. Even in her concept art, you can sense the subject’s feelings and thoughts simply through their body language, the colors around them, and the composition of the image. The scale in Blair’s work is a larger–just look at her concept art for Cinderella as well as the finished product. She was unafraid of space, which might explain why Cinderella’s ballroom scene is so grandiose c

ompared to, for example, Snow White‘s little world (excuse the pun, I mean this to refer to her surroundings rather than her 7 friends). Blair had a flair for the dramatic–you emotionally engage with her animation like you do with art: the visuals make a striking impact. Mirabelle Korn argues that her true dramatic power is more apparent in her concept art. She writes:

She lent a gothic tone to Cinderella, an unsettling dis-proportionality to Alice in Wonderland, and a ghostly air to Peter Pan that don’t show up as clearly in the films. Her work on Peter Pan practically glows with richer colors than any film could reproduce.Blair’s art allows us to glimpse a missing link between older, darker fairy tales and Disney’s whitewashed adaptations. (x)

Mary Blair pushed Disney Studios into the weird and sometimes spooky. Even though the concept work she produced for each film never quite made it to the screen, she was certainly successful in expanding the boundaries of not only animation, but storytelling as a whole at Disney. However, despite the drama and even, at times,  ghostliness, her work was ever-playful. That is what I love so much about the opening scene in Peter Pan: it is gorgeous in the sweeping views of London and Neverland, but it is also magical in the nursery where each little detail of the children’s world comes to life. This is why she fit into the Disney vision so well. Her use of bold color has a childlike gaiety to it, to where even the smallest things seem charged with energy. The moonlight that shines upon the children’s world, as well as the gorgeous colors in Mermaid Lagoon and bold tones on the Jolly Roger, paint Mary Blair’s world just as a child would see it. It looks just like a fantasy should look, and the freedom with which Mary Blair approached her design is truly what I am attracted to in Peter Pan. Mary Blair, at least, can be the film’s redeeming savior, for she forever attached such beautiful, fantastical, spooky, and wonderful imagery to the story that I love so much.

From the Studio: Still Life