Morgan Cadigan is the founder of the UCLA student-run magazine The Paper Mixtape. While studying at UCLA, I decided to join the staff of The Paper Mixtape because I wanted a place to share my photography. Little did I know, the magazine would become so much more than a place to display my photographs. Morgan and her team encouraged me to write: to actually think of things that interested me; things that I might want to share with the world. This helped me find an entirely new confidence in my voice–something I know Morgan has helped many other students on the staff find. But that’s what Morgan does: she’s incredibly positive, encouraging, and excited about new ideas. She pushes you to find your best work; she pushes herself as well. I am awed and inspired by Morgan and I am so happy to present my interview with her. 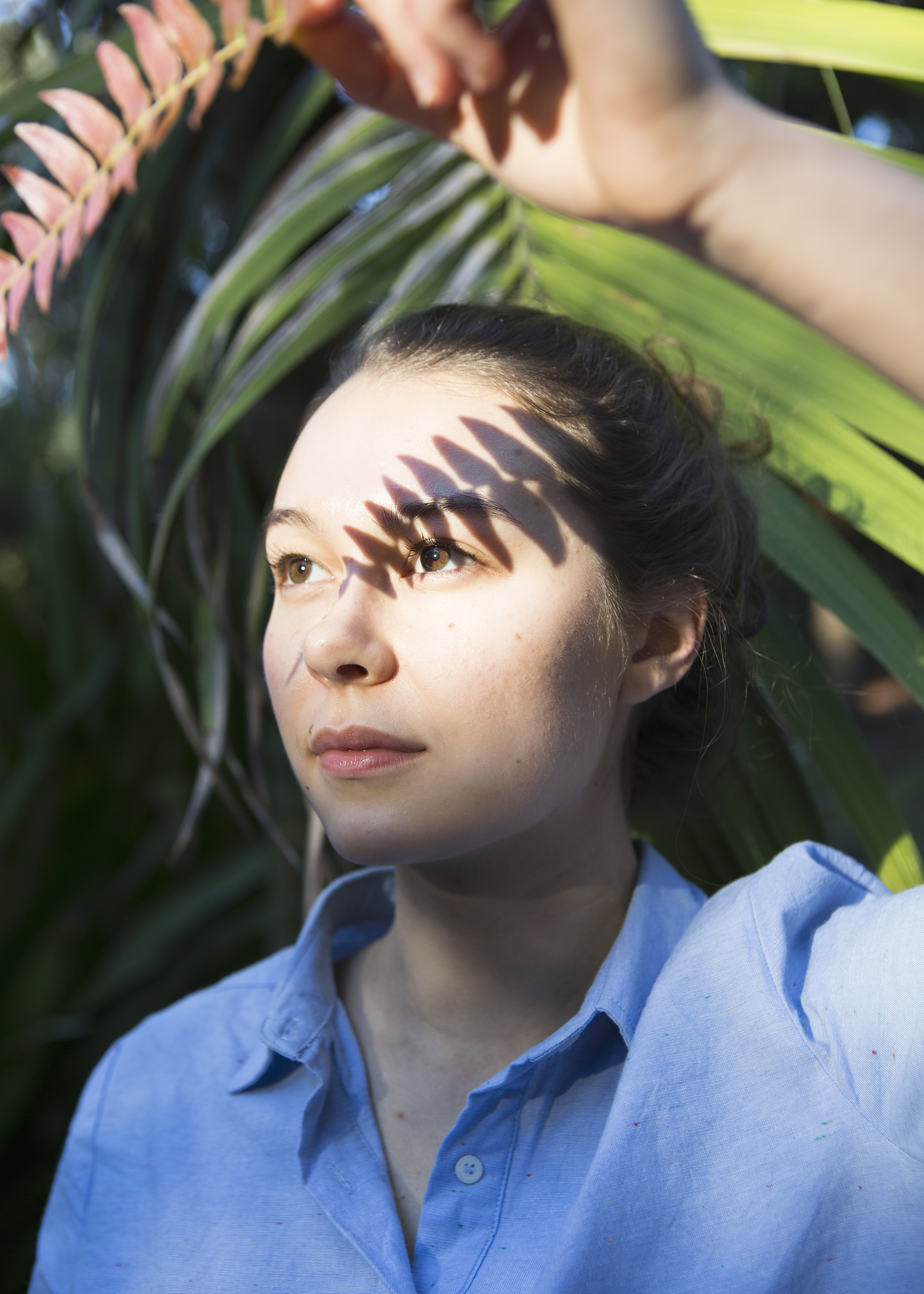 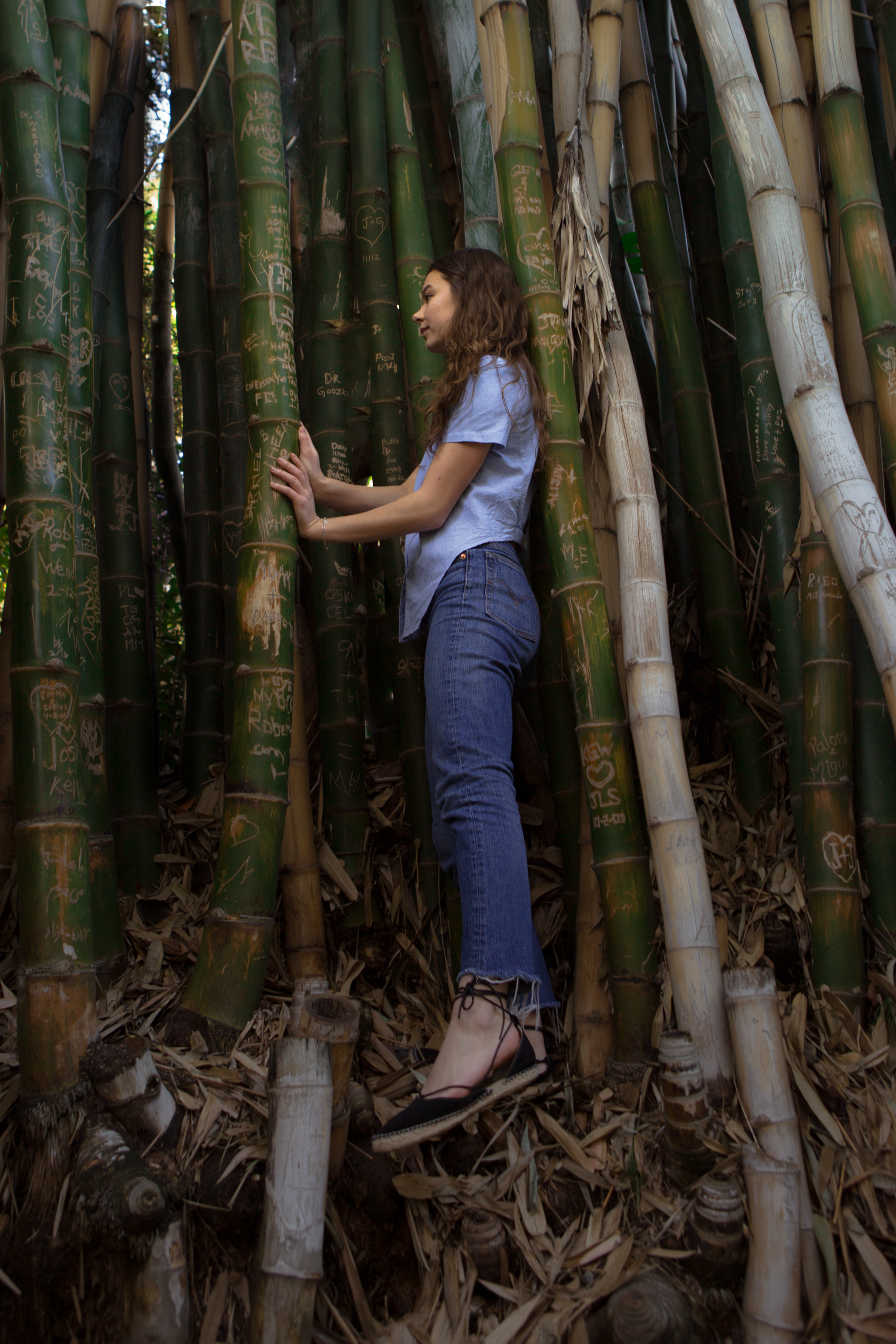 JO: Hi Morgan! Thank you for being the first interviewee on my new blog! You are always up to the coolest things. What’s on your plate right now and how are you feeling?

MC: Jenna, I could say the same for you. I’m honored that you’d think of me as​ I admire your creative endeavors—so thanks for having me!

We’ve just begun work on The Paper Mixtape‘s fifth issue. We’ve raised up a new executive director​,​ and with that,​ my role is shifting​ from a managerial position to a more creative one. Instead of putting organizational systems into place, I’m focusing my energy on fostering the content we’re producing and increasing collaboration between our staff members.

I’m also working on my art history honor thesis (a process with which you are well-acquainted). I think it’s safe to say that I’ve never had so much on my plate, so I feel a bit crazy—but very excited about how it will all turn out.

Sounds like typical Morgan. I can’t wait to talk about The Paper Mixtape, but just indulge my art history soul and let me live vicariously for a moment–what is your senior thesis on? What drew you to the subject?

My thesis is on the Société des Aquafortistes in Paris, a society of etchers who became a driving force in the etching revival of the 1860’s. I was introduced to them during my studies with the Grunwald Center for the Graphic Arts at the Hammer Museum earlier this year. They were one of the first types of creative hybrid institutions that hosted both a print studio and etching classes under one roof. They also produced their own publication. I’m particularly interested in the business practices of their founder and publisher, Alfred Cadart. The collaboration aspect of printmaking and their specific institution of a creative hub are both ideas that find themselves in the work I do with The Paper Mixtape, I’d say! 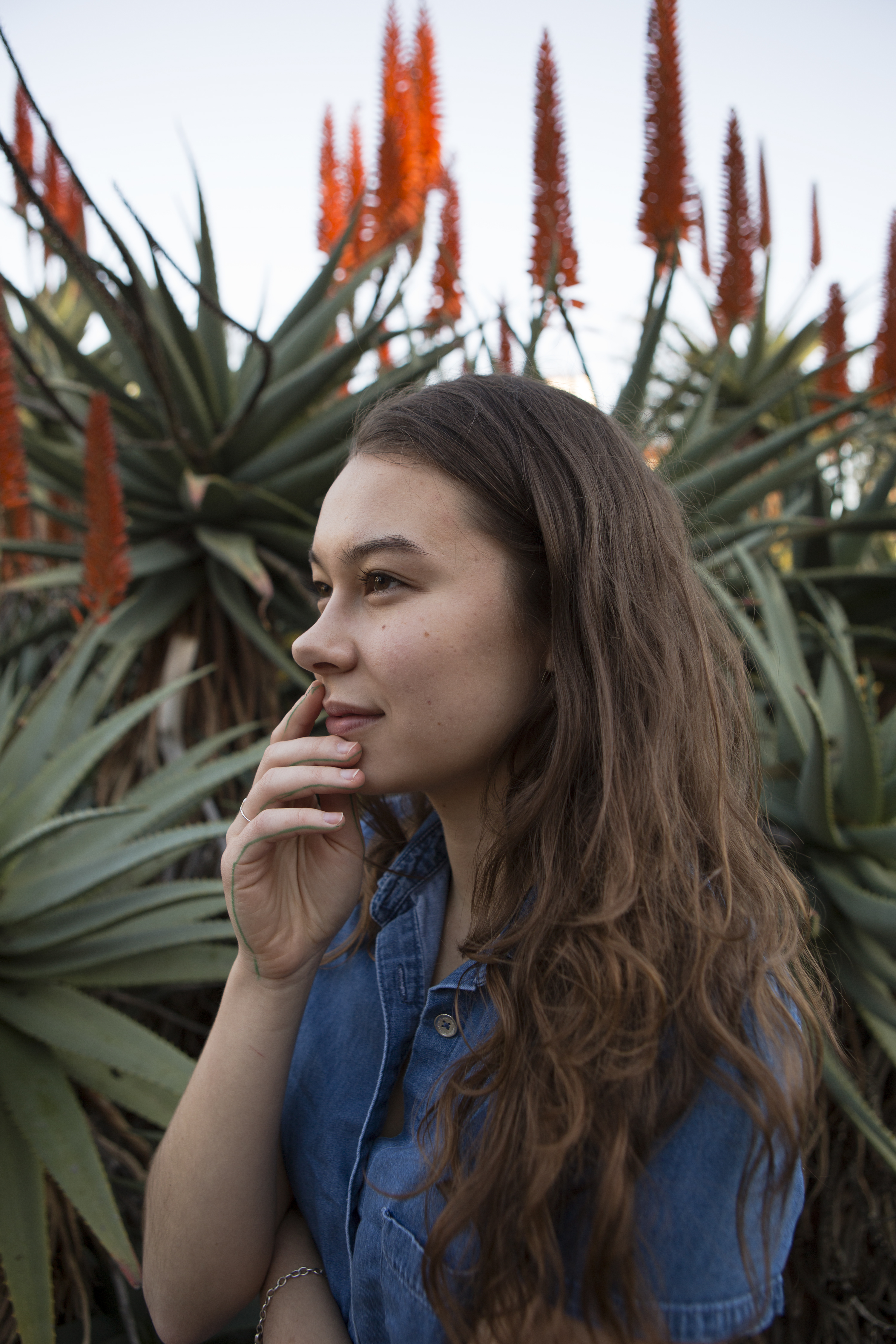 Print is not dead! (Is that corny?) I love that you have found a connection between your own work and this historical movement. I’m interested to hear that you are looking at the business practices of Mr. Cadart, because it always struck me how successful you were at leading The Paper Mixtape to such a professional level, especially for a student organization. Let’s talk a little bit about how you started and shaped The Paper Mixtape.

Haha I’m not going to lie that phrase makes me cringe a little, but that’s alright! I love print.

I put together a publication in high school so that I had a reason to interview artists I admired. I saw the publication as a tool to catalogue their ideas on art. I did the same when I came to UCLA to try to get a hold on whatever was going on in art here.

The process was fun, and my next thought naturally was to include more people. I wanted other students to realize they could go out into the city and find out what they wanted to find out, with the magazine as a prompt to do so.

The magazine is a type of project that takes the work of many different disciplines to produce—so in its conception, I also wanted The Paper Mixtape to become a creative community for students from all backgrounds. And we’ve just passed our second birthday! 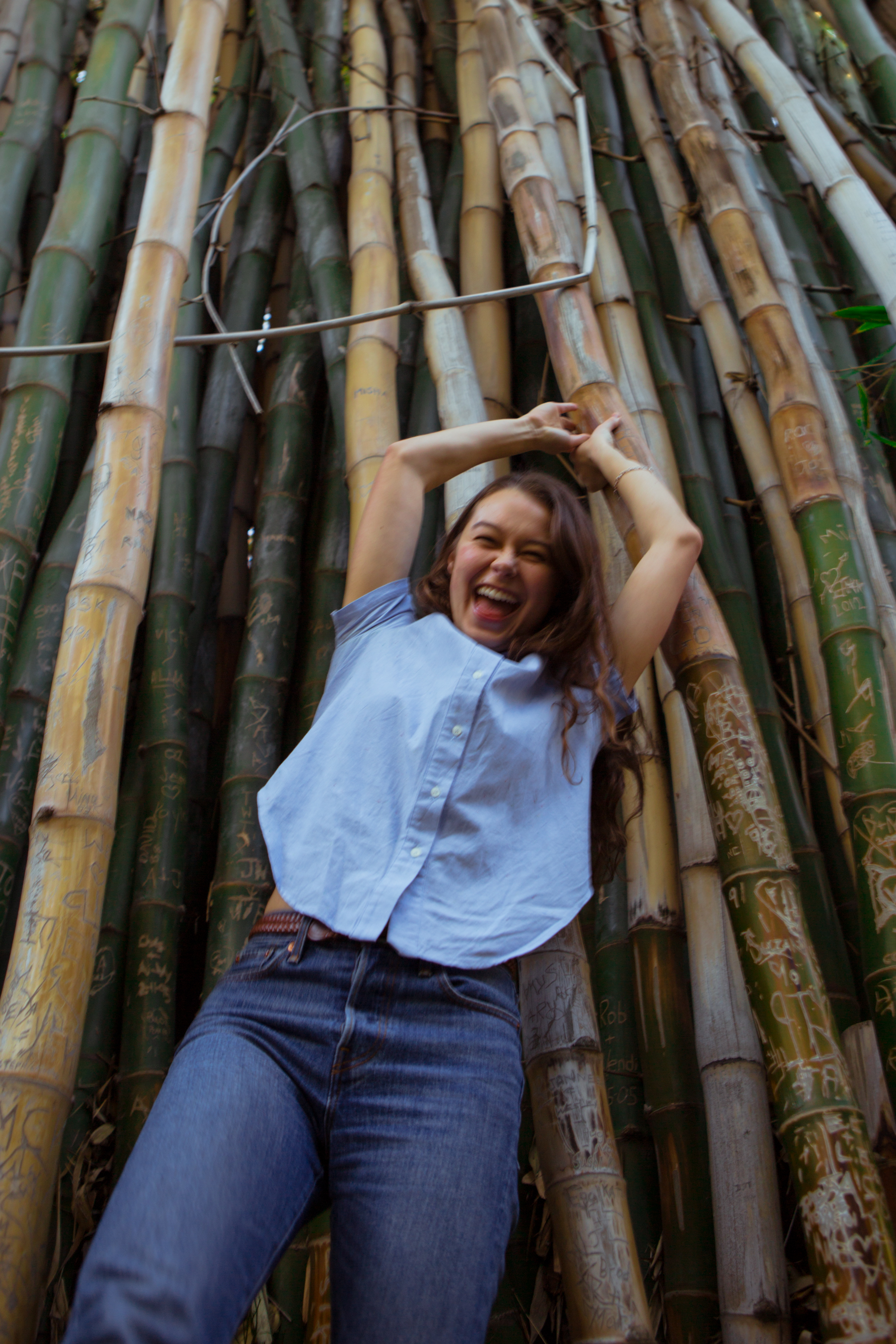 How has your role changed since you began the magazine?

Running the organization has been more like running a company than I imagined! I initially had pictured myself standing around being creative, whatever that means. My role took on what was needed to produce the magazine: managing deadlines, sending emails, connecting people, networking, sending out stock. I’ve learned a lot from my business advisor, my dad. He’s finally convinced me that TPM is a venture in entrepreneurship. I used to push back a lot to this idea because I saw business as the antithesis of being creative. But now I’m discovering the line between the two, and I’m trying to find ways to keep following it.

I’m transitioning from that operational role into one that oversees creative content production. I like seeing people’s ideas. I also like the process of connecting people. The more people The Paper Mixtape involves means we reach more people. And that means more people are happy because they got a pretty mag in their hands.

I think it’s so difficult when you are young to understand that there really are no binaries or definite boundaries to what “success” is. I remember in high school I was like, “I don’t want to do any business stuff–gross! I just want to make things!” And I certainly still feel that way quite often, but I think being able to actually make your ideas come to fruition does take a certain amount of business savvy, or at least a sense of entrepreneurship. I’ve been so impressed by you and The Paper Mixtape because it is giving so many students who want to create something a way to actually do that, in a super crisp and professional manner! The work you put into laying that foundation definitely shows and it is so awesome that you can move more towards what you love. Now that you are taking on a more creative role, do you think you will make any changes to the way you approach the next issue?

Thank you! Yes, I think our staff’s work ethic is something that distinguishes us. Our staff is composed of very independent thinkers who are all self-motivated, and could really be off doing their own thing if they wanted to.

Issue 5 will have more collaborations between visual artists and writers. We’re working in steps: writing drafts, re-shooting, re-drawing until we get something we’re really proud of. Now with this creative focus I feel like I have more of a sense of what the issue is going to look like and what we can do to improve it way earlier in the process (and not the week or two before we send it to print heh). I’m excited about our plans for our online content as well. This time around, we want to document more of our own creative processes. We’re also playing with different paper types and sizes and other fun stuff! 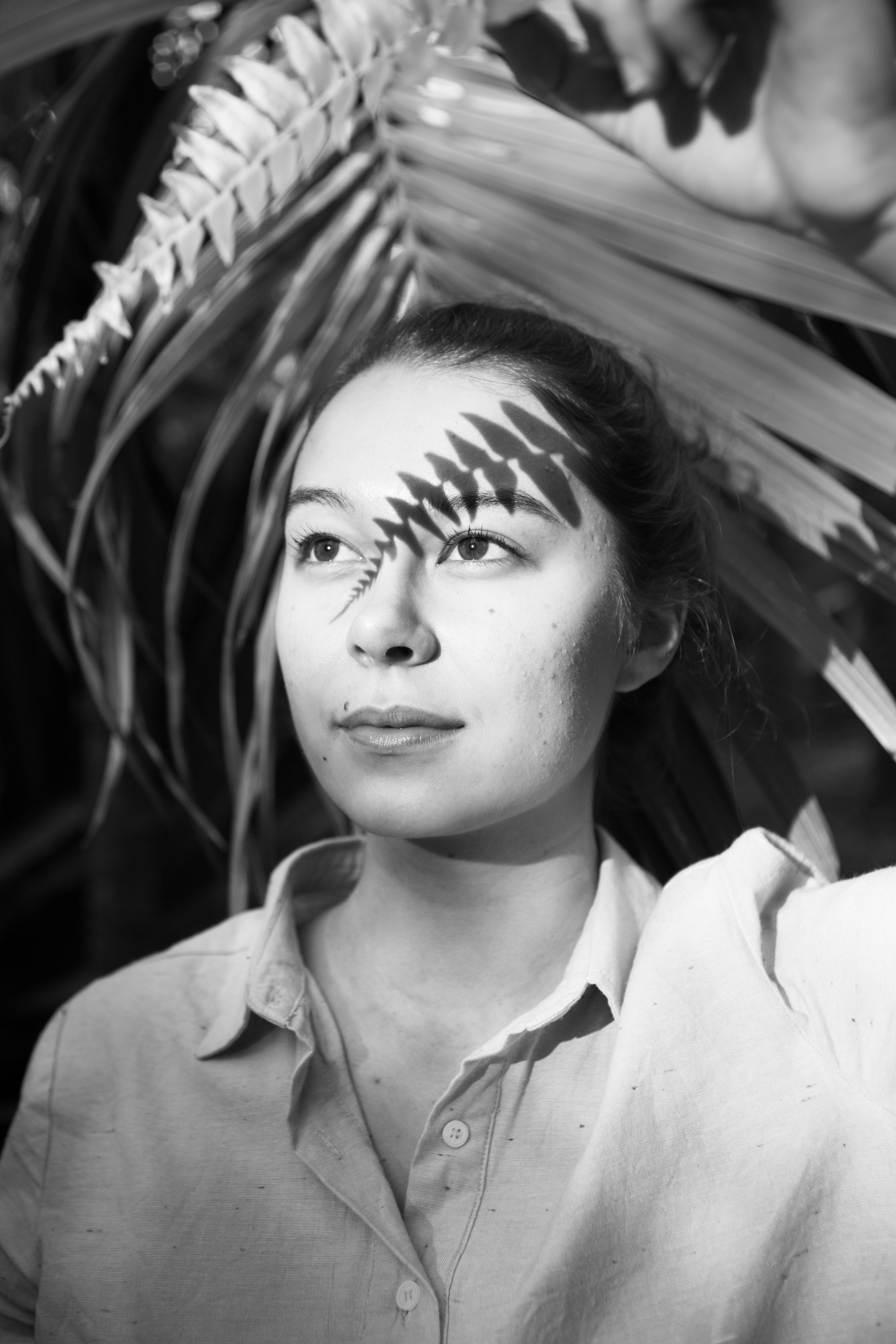 How exciting! You and I have talked a little bit about what happens in the ominous time after you graduate. You mentioned that you might want to start a creative agency and I totally see your passion for connecting people translating into that career path. So what is next for Morgan?

Yes, the creative agency has been an idea. I want to keep connecting with other creatives and work on various projects! I feel like I’ve done the magazine thing, so now I’m thinking of how I can contribute to media in a positive way that’s different than what’s already out there.

I’m very open to whatever’s next. I want to keep learning! Maybe grad school, maybe traveling, maybe staying put in LA and working on art. My friend pulled out a camera the other day and I was like, wait, when was the last time I did that?! 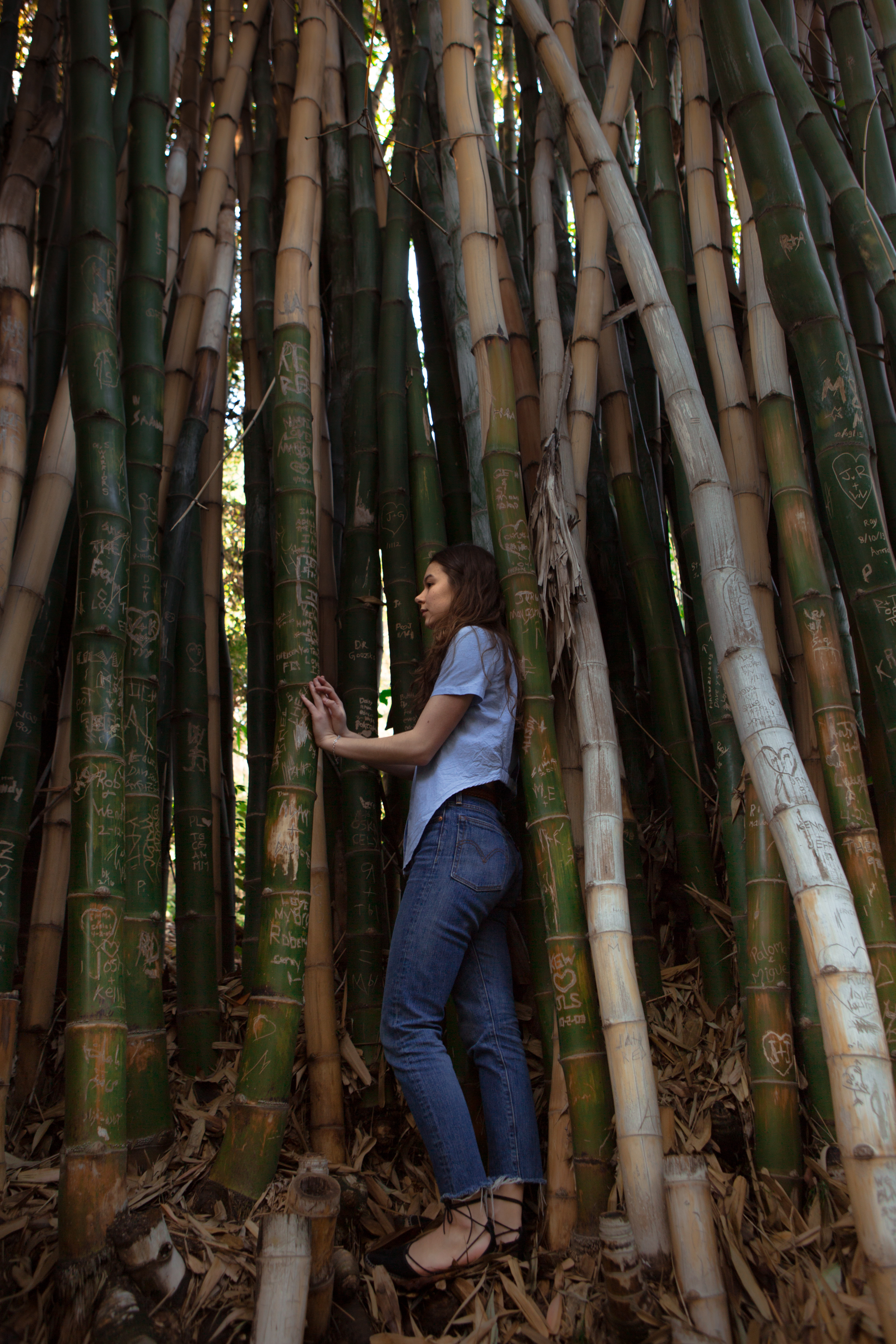 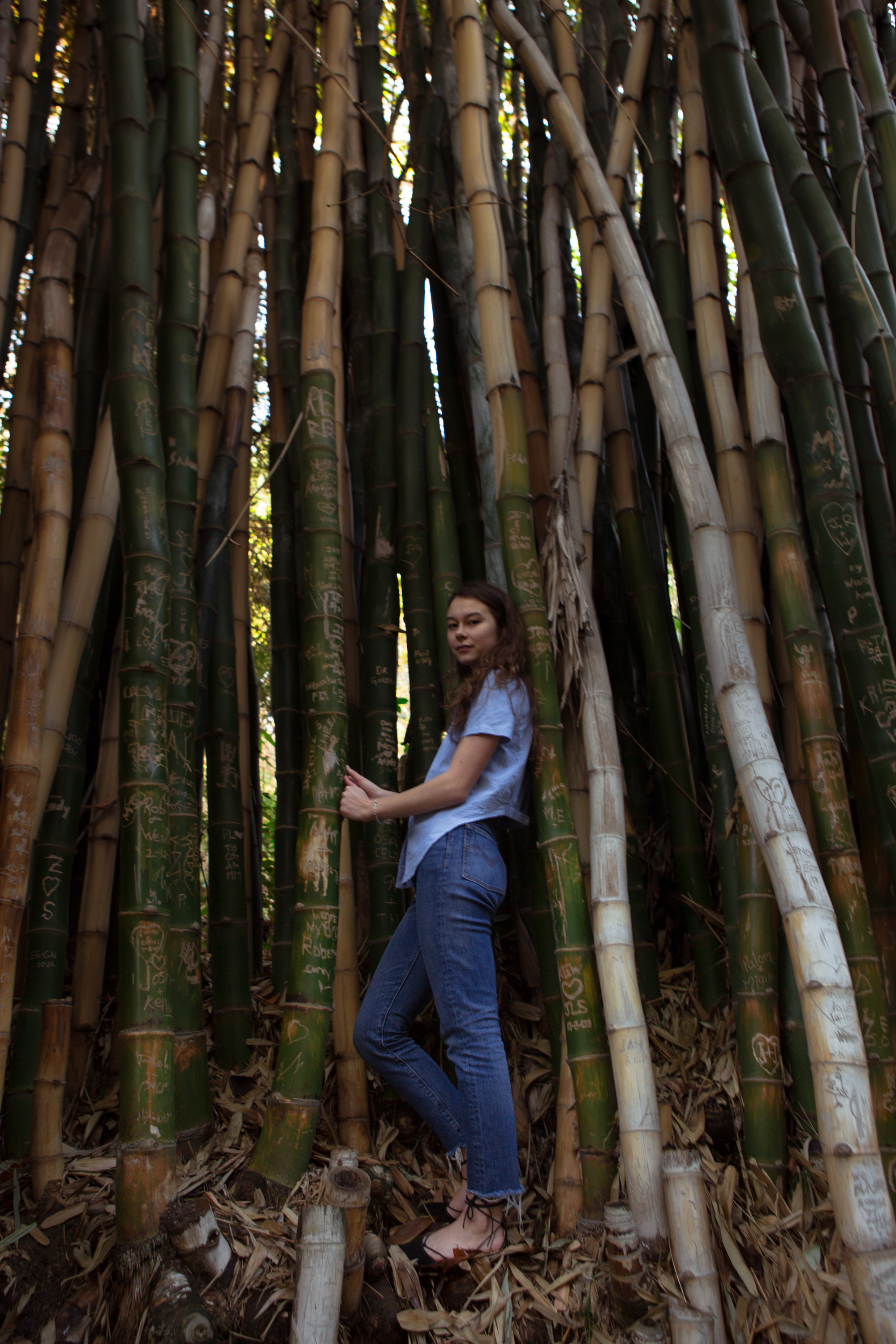 Yes! I am all for you taking more photos. I love your photographic work, especially your New Mexico photos. How would you describe your style of art-making? What inspires you?

Oh man, I’m still figuring that out! I like ambient sounds. And I like the quiet. I keep sketchbooks. I only write in those when there’s a pressing phrase or image or little story in my head, and once I record it I’m done with it. During that summer in New Mexico, I tried to combine the two, sketching and photography, and I still like looking at those images.

Okay last question: what is the best thing you have read, heard, or learned lately?

A “bisou magique” is the kiss your mom or dad gives to you as a kid to make a little scratch or bump feel better. I came across the term when I saw book publisher Yundler Brondino Verlag at LAABF this past weekend. They curated an exhibition with the same name at Galerie Derouillon in Paris last year.  They say the magic is in the gesture itself as it can fix everything though nothing physically changes. Even so, the kiss can stay with you forever. It’s cute.

Wow, best answer for sure. Morgan, thank you so much for talking with me! As always, keep me posted on all that you do.

Thanks Jenna! Much love! 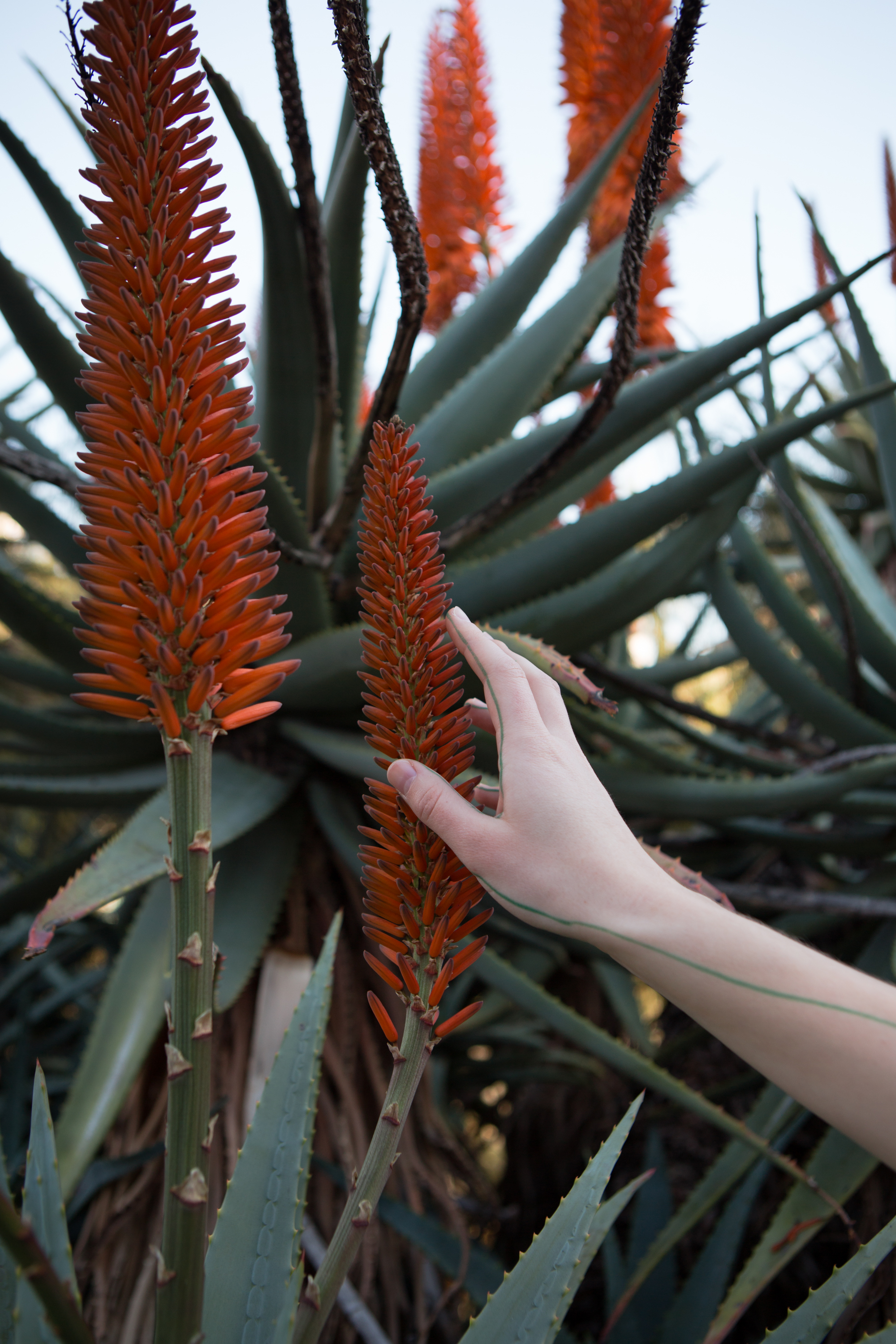 Be sure to check out The Paper Mixtape here, and Morgan’s work here!